Dick and Dave perform primarily acoustic versions of the music of the 1950s and 1960s from the perspective of musicians who were there and played the music when it first came out. Their tight vocal harmonies are reminiscent of the Everly Brothers as you may have guessed from their name. They feature songs not only by the Everly Brothers, but also by Buddy Holly, the Beatles, Ricky Nelson, and others. Formerly with the full 50s & 60s rock & roll band, “The Time Travelers”, Dick and Dave bring the same authenticity and joy to classic 50s and 60s music at a more personal level for parties and small clubs.

On vocals and lead guitar is Dick Hull. Dick played in rock & roll (and rock) bands throughout the 50s, 60s, 70s, and 80s before switching to jazz, but has recently returned to his rock & roll roots with the Elderly Brothers. He is a multi-instrumentalist who currently plays jazz guitar and bass, folk guitar, Dixieland banjo, and mandolin in his Italian trio, Musica Nostra.

Vocals and rhythm guitar are handled by Dave Walker, former guitarist with Gary Lewis and the Playboys, and owner of a gold record for “This Diamond Ring”. With Gary & the Playboys, Dave performed on TV (the Ed Sullivan Show), in concerts around the world, and jammed with some of the biggest names of the era. 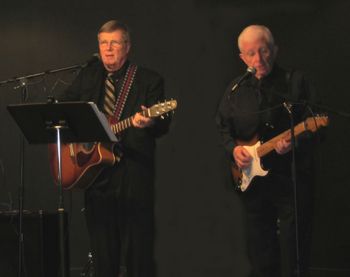 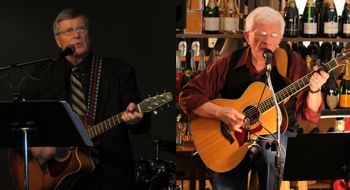 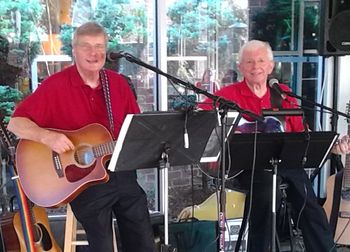